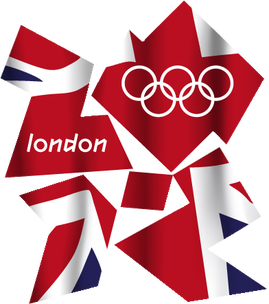 Countdown until the 2012 Olympic Games

Rowing competitions at the 2012 Summer Olympics in London are scheduled to be held from Saturday 28 July to Sunday 4 August 2012, at Dorney Lake which, for the purposes of the Games venue, is officially termed Eton Dorney. Fourteen medal events will be contested by 550 athletes, 353 men and 197 women. All rowing events will be staged at the Eton Dorney Rowing Centre at Dorney Lake near Windsor Castle 25 miles (40 km) west of London. The venue has 8 lanes and is 2200 metres in length with a capacity of 30000.

Qualification
Each competing nation may qualify one boat for each of the fourteen events. The majority of qualification places were awarded based on results at the 2011 World Championships, to be held at Lake Bled, Bled, Slovenia in August and September. Places are awarded to National Olympic Committees, not the specific athletes, finishing in the top eleven of men's events and top seven to nine of women's events, except in the eights where the first seven in the men's event and first five in the women's qualify. Further berths are being allocated at three continental qualifying regattas in Africa, Asia and Latin America and a final Olympic qualification regatta in Lucerne, Switzerland.

Events
There are to be eight events for men and six for women. Events include the use of two types of boat (heavyweight and lightweight), and two styles of rowing: sweep, where competitors each use a single oar, and sculling, where they use two. Sculling events include men's and women's singles, doubles, lightweight doubles, and quads. Sweep events are men's and women's pairs and eights, and men's fours and lightweight fours.

Accommodation for the 2012 Olympic Rowing

Local accommodation is currently available for the 2012 Rowing events!
Contact us with your requirements for details...

Do you have accommodation on offer for the 2012 Olympic Rowing Events?
Do you offer a B&B service or provide student accommodation?
If so, post your details here